What is the one thing that all big bench pressers have?

If you answered “a big bench”, congratulations! Just like me, you’re a sarcastic ass. However, the answer is a HUGE back.

Think about it. Some guys, like James Henderson (711-lb Raw Bench Press), have GIANT shoulders. Other guys, like Jeremy Hoornstra (675-lb Raw bench press at 255-lb bodyweight), have massive triceps to aid their powerful bench. They all have billboard sized backs, though, to support massive weights.

Like most lifts, the bench press is a two part movement. The bar descends to the chest (eccentric motion) and returns to a locked-out state (concentric motion). However, the eccentric movement often gets overlooked as a “fall”. In reality, it’s just as, if not more, important than the concentric part.

Think of a standard, military compliant push up (not like Crossfit or burpee style), where you lower yourself until your chest slightly touches the ground and return to the upright position. In order to lower the body to the bottom position without the entire thing crashing, you must tighten the scapula adducting muscles (rhomboids, traps and even lats) and create a springing, compressing movement. The closer you get to the ground, the tighter the back flexes. These muscles are keeping the body, essentially, hovering over the ground albeit only for a slight second.

You need to picture this entire process in your mind while lowering a barbell to your chest.

Think of Goose and Maverick while practicing this. The bench press is just like a push up, only INVERTED. (See what I did there?)

“But, Donnie… How do I know if I’m doing it correctly?” you hypothetically ask to a computer screen days, weeks or even months after this article is written. Well, don’t you worry your pretty, little head. Papa is here to help.

Once you learn to control the bar to the chest using the back as the stabilizer, you’ll have a more consistent “stroke”, which will allow the proper muscles to be used efficiently. What does all of this mean in layman’s terms?

And if there’s one thing women love, it’s a vascular man with a huge bench!

Come see me on Monday nights at Crossfit ABF in Largo, FL for more poor attempts at irrelevant pop culture humor and (more importantly) tips for a bigger bench press.

8-year combat veteran Donnie Kiernan  is the Owner and Trainer of Atlas Strength Training, a Certified Personal Trainer (International Sports Sciences Association) and a United States Powerlifting Association certified judge. Kiernan is currently the Strength and Conditioning Coach for St. Petersburg College’s baseball program and a promoter for both The Tampa Bay Strongman Classic and the Strength Camp Challenge. When not lifting heavy things, Kiernan spends time with his wife and two daughters. 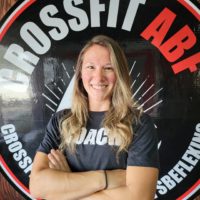 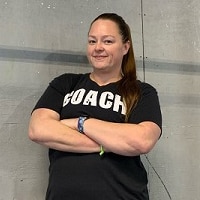 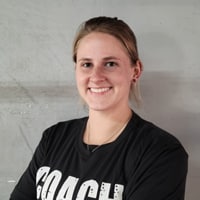 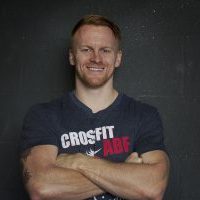 Month-to-Month Membership Agreements and Annual Membership Agreements: You may place your Membership on hold two (2) times per calendar year up to three (3) consecutive months each time. Advanced notice of at least two (2) business days is required. The hold must be 30 days in duration at a minimum and 30 days must elapse between holds. Upon expiration of the term of the hold, your account will automatically become active and payments will resume. Should you choose to return prior to the end of their hold period, the hold will be released and payments will resume.